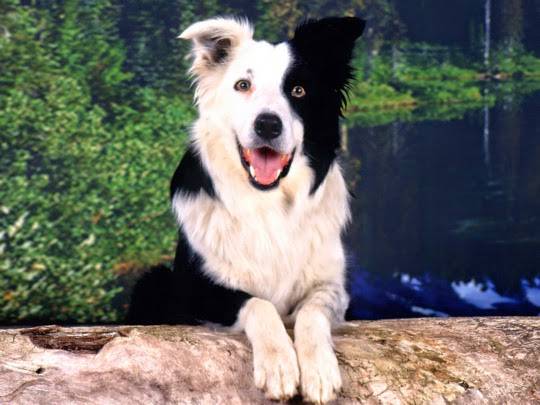 This is pretty much exactly how Chet is described in the book.

I finally finished the first book in my project. Actually, I finished it yesterday but I couldn't find the time to make a post the same day. So far though, finishing Dog On It doesn't feel so much like the first in a long project so much as just finishing another book that I'd been meaning to read. Perhaps once I have several under my belt I'll start to feel like I actually have a fully fledged project underway.

Anyways, final thoughts for Dog On It...well, it was good. If you've read my other posts by now you know my major gripes. The story moves fast, which might be a good thing for some people, many of the elements are cliche, which also happens to lend the story a sense of familiarity, and Chet, though constantly shifting his focus and drawing me away from the parts I wanted to know more about, is a like-able and upbeat character. That last part is really something of note. I haven't come across many characters that are as consistently upbeat and positive as Chet without also being a subject of dismay or dislike.

Read more »
Posted by fatalerrer at 11:07 PM No comments:

Yanking My Chain (Dog On It) 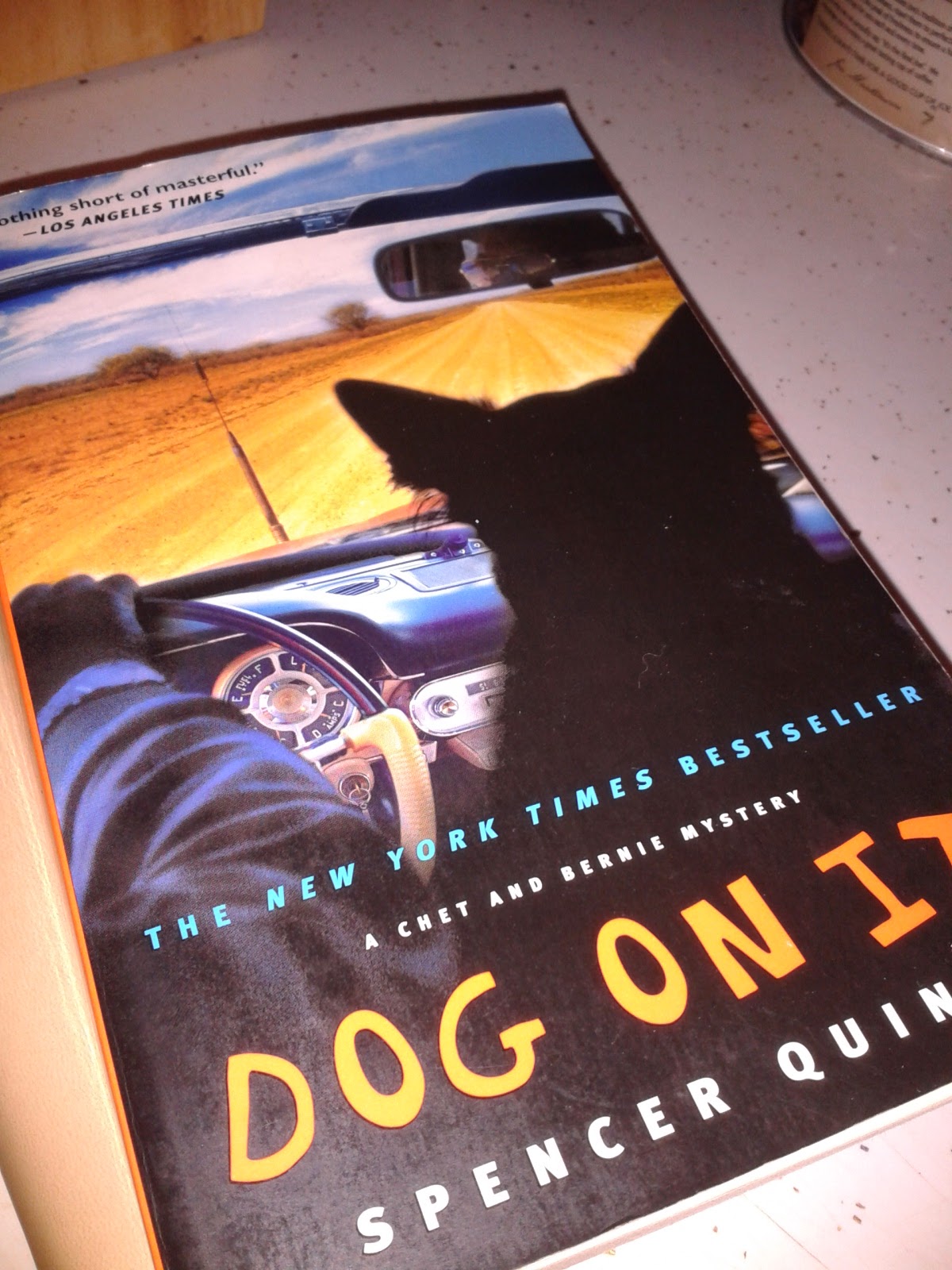 This is my second entry for 'Dog On It', and the next will probably be my last as I am on page 279 if I recall correctly and this isn't a particularly long book. This also marks my third official post so off to a good start. (Yay!)

Anyways, now that I've had some time to digest this book and think it over my thoughts have changed a little. I still agree with my earlier opinion, that Chet, lovable though he may be, is frustrating to read thanks to his short and constantly shifting attention, inability to focus on pertinent information, and tendency to focus on things other than what the reader wants to know about. I also retract what I considered before, that Spencer Quinn may be just being a writer with a short attention span himself. Regardless of whether or not that is true Mr. Quinn has captured a convincing portrayal of how a dog's mind works. However, I still have my doubts as to whether making Chet the sole character from which to absorb the story was a sound idea.

Read more »
Posted by fatalerrer at 11:35 PM No comments:

Gone to the Dogs (Dog On It)

No, the project hasn't started to fall apart already, I just started reading my first selection: Dog On It. I figured my first book selection might as well also be my most recent purchase. A week or so before I first decided I wanted to undertake this project I ran across 'Dog On It' at a small flea market for $1. You really can't beat that for a book save for maybe a garage sale so I snatched it up. My first encounter with 'Dog On It', however, was not on a sun-bleached table at a flea market but several years ago in Santa Rosa California. For those of you who frequent book stores you may remember this title; I remember it being featured prominently in the Barnes and Noble at the time.

The story itself is an interesting take on the familiar detective style, and is told from the point of view of the detective's dog, which is probably why the premise stuck with me all these years. Chet, a former K-9 unit police dog, serves as the furry protagonist and accompanies Bernie, the actual detective almost everywhere in the story. It's a sound premise that I look forward to seeing how it pans out. If I recall correctly the author's name is Spencer Quinn.

Read more »
Posted by fatalerrer at 11:59 PM No comments:

The Project Begins - How This All Started 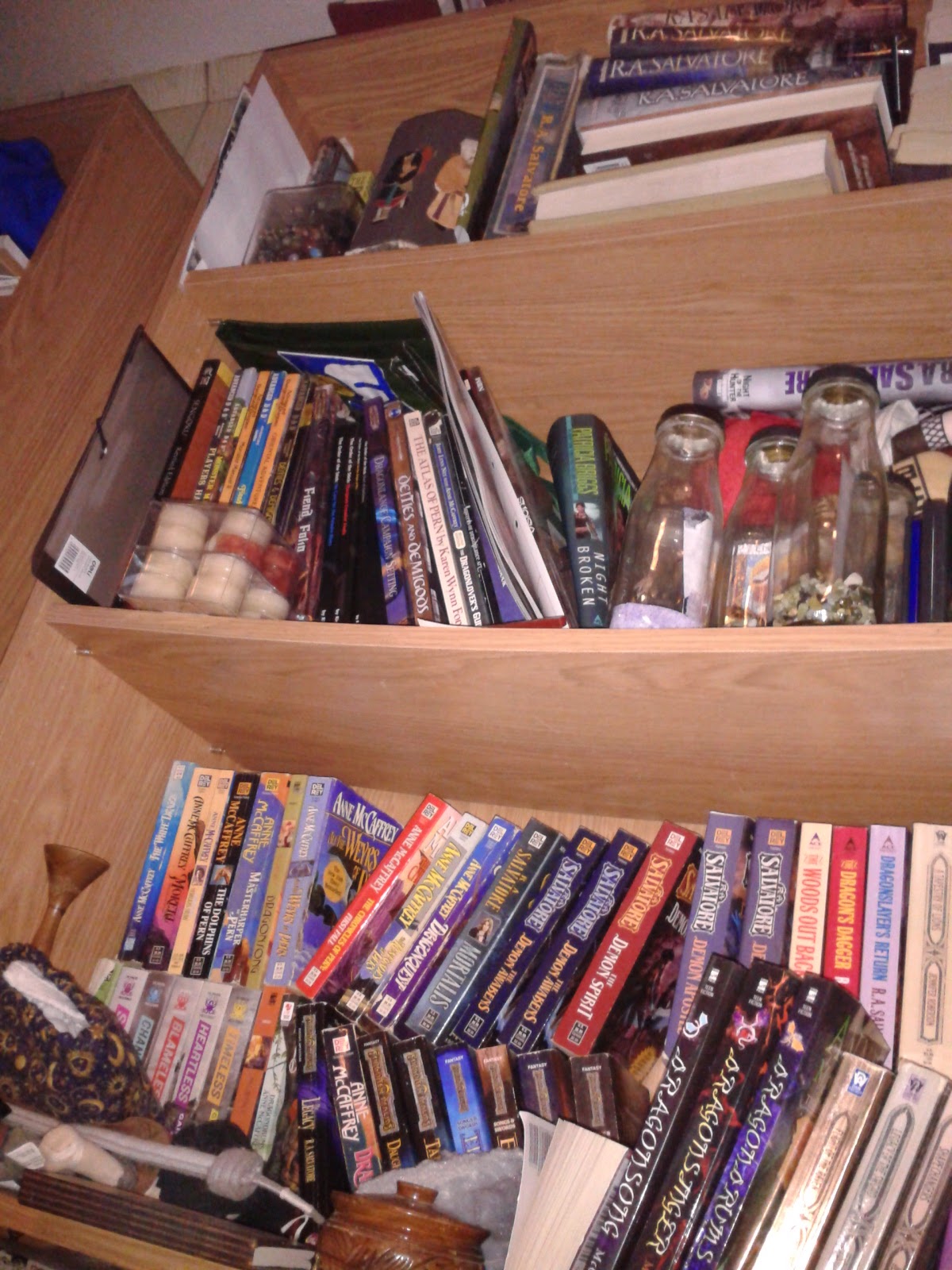