Riddle of a Man - (Harry Potter and the Half Blood Prince) 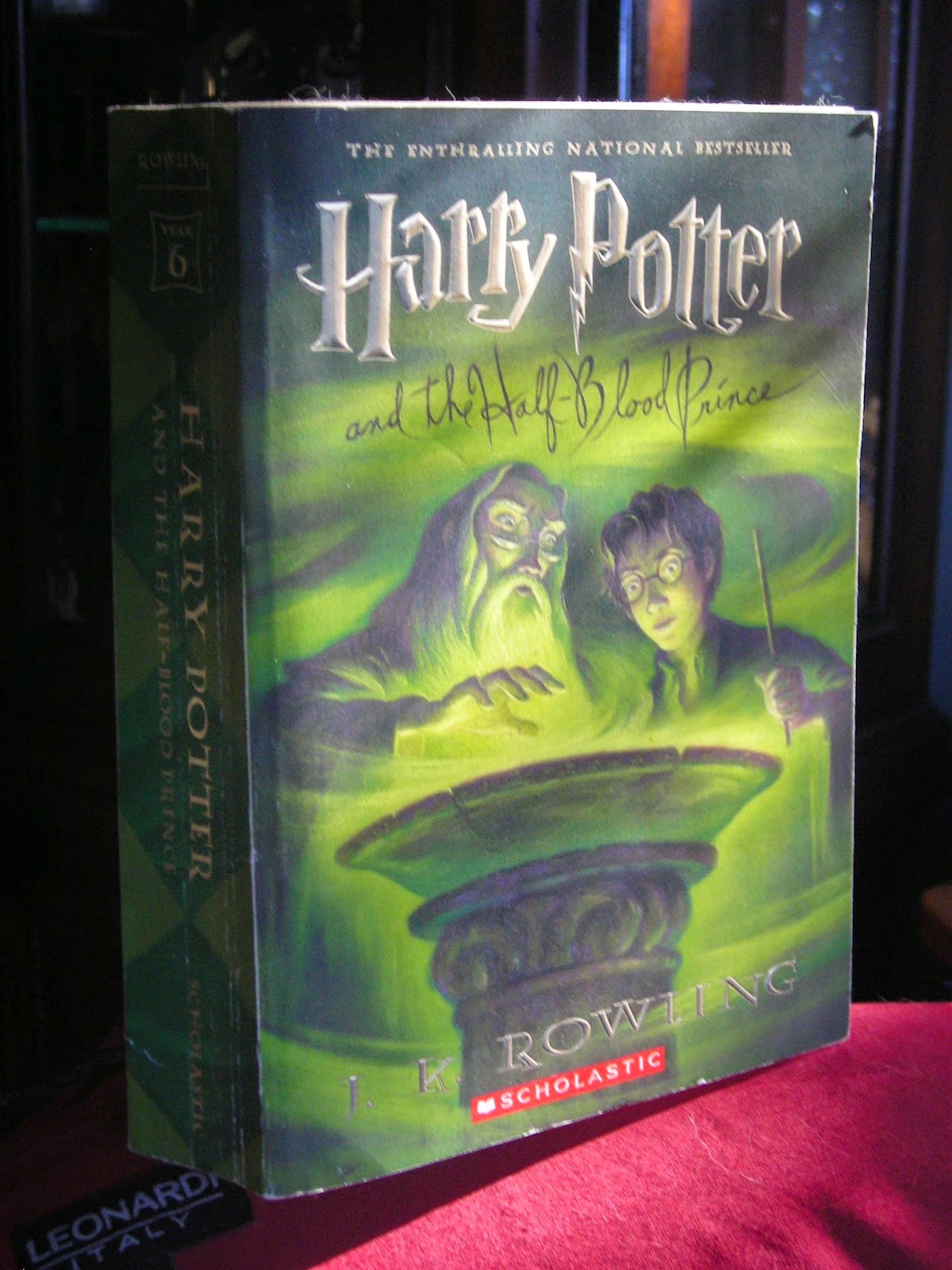 It has been close to a month since my last post, but I assure you I have been busy. I have since cracked open a beloved series, right where I left off years ago, and then subsequently closed it within two weeks time. Not bad really considering my last book took me closer to three weeks of on and off reading.

Now, the series in question is one that I'm sure a small handful of you might know. Some of you may recognize the Harry Potter series as having been mildly popular a few years back. I know, I know,  it's somewhat obscure now, but someone needs to review it!

Now, the Harry Potter series has had quite a rocky  history for me. My initial experiences with Harry Potter were reading the first book in middle school (at the time only the first two books were out) and watching the fourth movie (sometime during high school). So it's safe to say that I never really considered myself an authority on the Harry Potter universe. Not like my wife who can quote whole chapters of some of the books and who can place where I am  even with only a few out-of-context excerpts. Personally, I think she's just a few steps down from displaying the Hogwarts house colours in our living room, but I digress.


My point is, unlike the majority of people, I never really experienced Harry Potter in its hey-day. In fact I didn't even start the second book until after the final book was released. I started reading the series again during a point in my life where I had not really read anything of length in years. Then, as now, I simply picked up where I had left off and slogged my way through the second book, which is probably my least favorite of the bunch. I moved on to the third book which actually held my interest a fair amount more and began to overtake my other daily pursuits, which at the time consisted of working a third shift job and failing myself through early-morning college classes. That was followed shortly by the fourth and fifth books and then about a five year gap. Which brings us to the present, and to Harry Potter and the Half Blood Prince.

Before even reading it I knew two things about the book. From my time working in the entertainment store Hastings I knew that 1. People were obsessed with this book when it came out, and, 2. Dumbledore dies. Now if you haven't read this book yet, spoiler alert: Dumbledore dies. The reason I don't feel bad spoiling that is because, as many of you know, it's the biggest leaked secret since the identity Luke Skywalker's father. So when I delved into this book it was not with the usual eager anticipation of a fresh experience. I already knew what happened in many instances or at least had an idea. Given that, and the fact that the series is so widely read I won't bother giving any summary and instead I'll focus simply on what I thought about it.

The Half Blood Prince was a surprisingly engrossing read. In retrospect it shouldn't have been that surprising but I'm unaccustomed to being propelled through so many pages so fast. JK Rowling, the author for those of you not in the know, has a remarkable talent for setting up a piece of literary bait which drags you through the entire story. And just when you think you're free another tempting morsel comes along. Sure you could be free from the book's grasp if you just let the bait go, but then you'd have to give up that tasty tidbit. Even with over 600 pages The Half Blood Prince still doesn't seem quite as dense as Anne McAffrey's Dragonsdawn with its microscopic print.

I was also pleased to find that much of the focus of The Half Blood Prince was on Voldemort's origins, although admittedly I am somewhat disappointed. I always suspected Voldemort of being a mildly sympathetic villain, but come to find out he really doesn't have any redeeming qualities. Deprived of any saving graces it seemed very clear to me that when it came time for the final confrontation it was going to be all or nothing and no remorse. I'll touch on that when I cover the next book, but suffice to say that I think I made a fairly accurate assumption. Also of note concerning Voldemort, I actually found his younger self, Tom Riddle, to be a much creepier and scarier villain than what he becomes. Voldemort is predictable, to an extent. Sure, he is extremely powerful and intelligent as a character, but all of his actions are motivated by the same things: power and cruelty. When he encounters someone in the books he either assimilates, tortures, or kills them or at least attempts to. There is generally no guesswork involved where Voldemort is concerned in the same way a walk to the gallows doesn't require much practical consideration. Tom Riddle on the other hand makes for a much more interesting character. Like his later self, Tom Riddle is also shrouded in mystery, but unlike his alter ego he does not yet have the power to openly pursue his interests. Riddle is sneaky, deceitful, and manipulative, all hallmarks of a deliciously evil character. Riddle entices people into his early version of the Death Eaters with temptations of power and fame. He manipulates teachers and students to serve his purposes. He is deadly calm almost all the time and has a ferocious, albeit publicly subdued temper. The flashbacks make it quite clear that he frames himself as something of a paramour before poisoning his victim and takes what he wants of her belongings, his true aim all along. That's some nuanced evilocity right there, it's downright dastardly. The inhuman Voldemort, slaughtering people in laughter and merriment is crude by comparison, but at least he acknowledges people's existence. Somehow the monster in human skin that is Tom Riddle is much more frightening. He didn't kill people to make examples of them, or to indulge a power fantasy. He didn't even care. Now THAT is a villain. 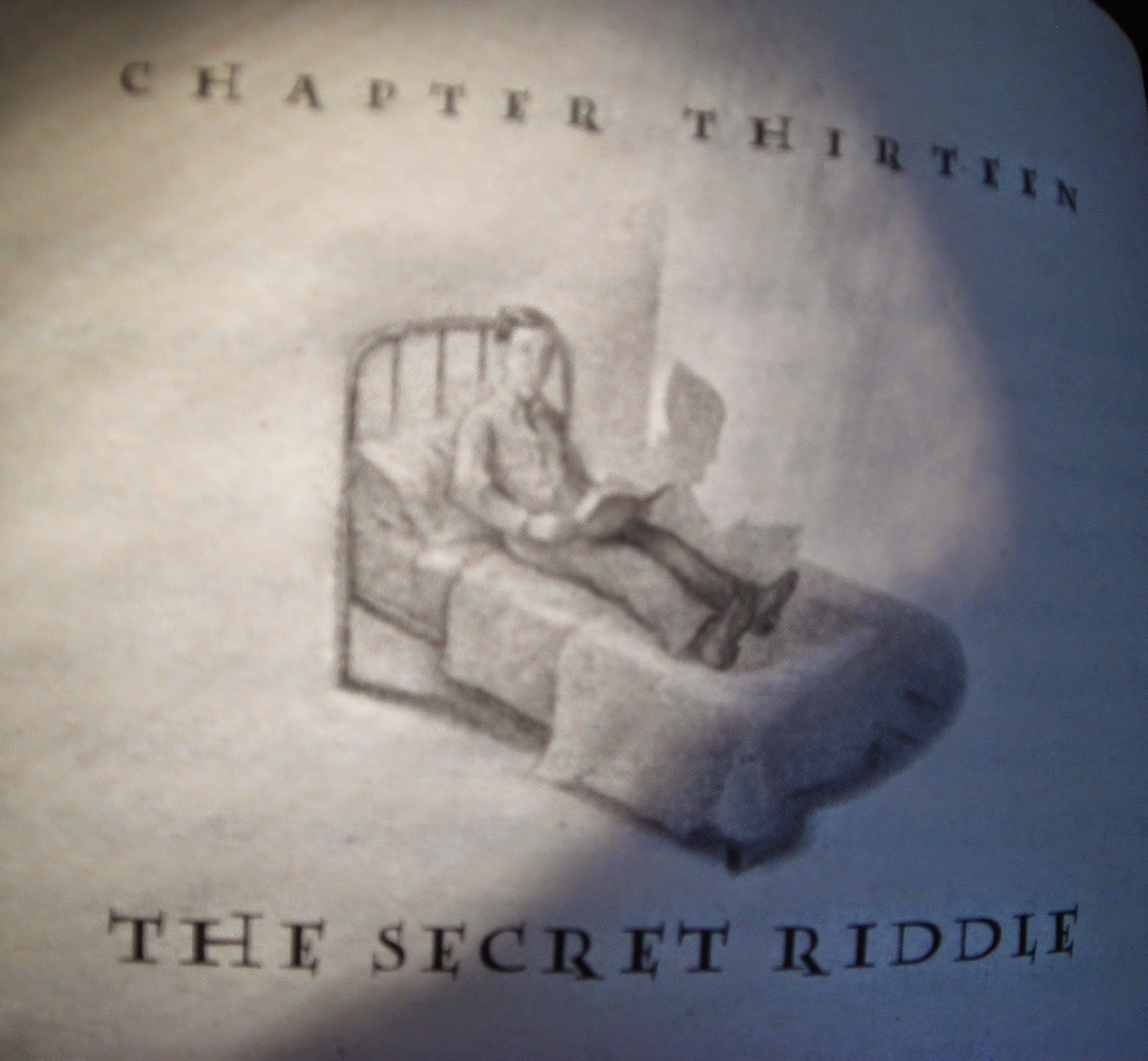 Getting back to my mention of hooks and bait from earlier, one of the biggest, for me, was a little something called Felix Felicis. Some of you already know exactly what I'm talking about and are potentially having a fanboy/fangirl moment. I'll give you a moment to breathe. For the rest of you who probably only vaguely remember that name, Felix Felicis was a luck potion that Harry wins early in the story. What does it do? (All you Hermiones put down your hands.) Why it grants the imbiber incredible luck for a single day. Now, this was of particular interest to me because I wanted to see exactly how it worked and what would happen. I actually spent a good bit of time wondering how it would work and what might manifest. If you're anything like me something like Felix Felicis represents enormous potential for interesting and intriguing things to occur within the context of a world. Even in a world like Harry Potter's there are rules that help hold the world together, that make it cohesive, it's good storytelling to have the world well-defined; so when an opportunity comes along that allows you to bend those rules a little it should make for an interesting show. Unfortunately the luck potion ends up being used solely to drive the plot forward, which is probably the most disappointing use for a luck potion imaginable. At one point Harry needs to retrieve some, er, I'll call it information, and after being relatively unsuccessful in his previous attempts he decides to drink the potion. So, what do you think happens? Well, I'll tell you what doesn't happen, wacky hijinks, surprising revelations, astounding events, nerve-wracking close calls, or story misdirection. I can't craft a story like JK Rowling, not even close, but everyone makes mistakes sometimes and I'm 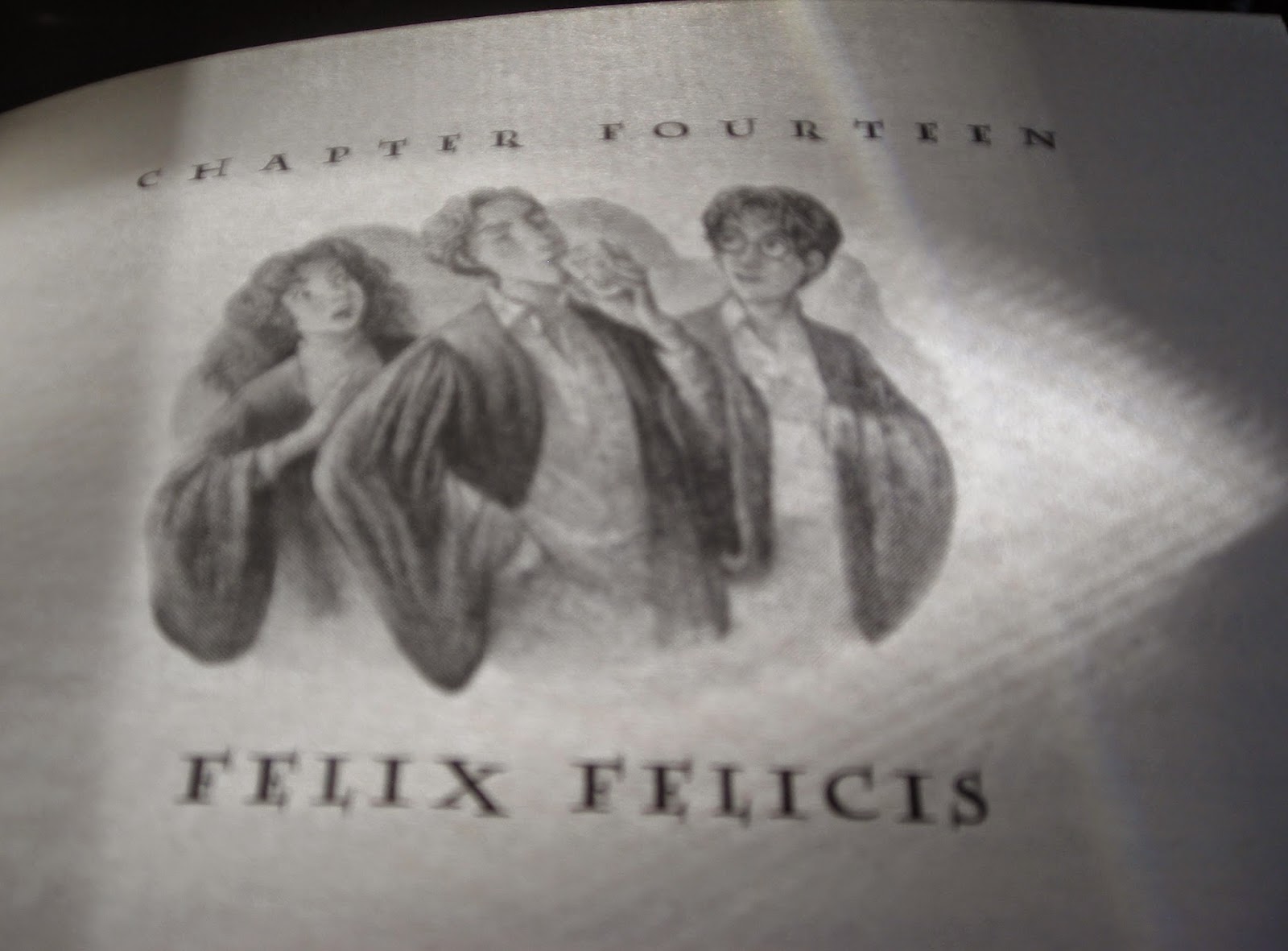 calling out this one. If your story includes a luck potion (whatever that might be) then make it surprising. And make sure it's awesome.

Surprise is an intrinsic trait of real luck. Luck is luck largely because it is unexpected. If something was anticipated, predicted, controlled, or avoided then it was some combination of skill and planning that defined the situation. Luck falls outside the realm of human control under most circumstances, unless, say, you have a bottle of it. JK Rowling's version of the luck potion basically turns a character into a chess piece listening to magical instructions and doing as told. That lacks surprise, in any sense of the word. While a character is under the influence of Felix Felicis you don't worry about them, they basically have plot armour. That's why it's more important than ever that the reader and character both experience surprise. When everything seems premeditated there isn't any sense of anticipation. When Harry drank the potion that would have been the ideal time for misdirection and literary subterfuge. Instead, as it is, I might as well have just skipped ahead to the next chapter for all that happened of note.

Disappointment with Felix Felicis aside the book was overall very good. The scenes with Dumbledore towards the end were extremely well done, and just as it was nice to learn more about Tom Riddle it was also incredibly satisfying to learn more about Dumbledore before his untimely demise. I will say that even when he died, it was still a very action-packed and intriguing scene and it wasn't detracted from at all, save for a lack of shock. The events leading up to his death and the way the scene was painted  and came together conveyed a very appropriate sense of weight and dread. Of all the things that Rowling does well, action scenes and suspense are two of her fortes. Although that brings me to one of the more perplexing things about this book. Given how good Rowling's overarching action scenes are I found it quite surprising that her fight scenes aren't actually all that good. Maybe's it's a guy thing that I'm fond of a good, well-choreographed fight scene, but I found the fights toward the end of The Half Blood Prince lack-luster and unsatisfying. It was mostly just a handful of spells being slung back and forth. Considering some of the most skilled practitioners of magic in the world are supposed to reside at Hogwarts I found the battle scenes to be remarkably tame.

That's all on Harry Potter and the Half Blood Prince. In the near future I shall cover the seventh and final volume of the Harry Potter series and mull over how the story wraps up. As always thoughts, questions, and comments are appreciated.