A Walk in the Dark - (Homeland) After conquering the final book of the Harry Potter series last week I have moved on to another author with a penchant for using initials in place of a first name. Yes, this week I am reading R.A. Salvatore, perhaps one of the most widely recognized names in the fantasy genre. Now, for those of you who don't know R.A. Salvatore is a rather prolific writer who has over a dozen books to his name. He writes primarily in the Forgotten Realms universe, which was originally a world developed for a Dungeons & Dragons campaign. However, due to the popularity of the campaign world and the further popularization by Salvatore and a number of other talented writers, the Forgotten Realms world became increasingly more detailed and well-known. As far as fantasy worlds go there really aren't many series that can boast a more complex, intricate lore especially amongst so many contributors. With that said, you now know only slightly less than I knew about the Forgotten Realms before I started reading. (Aside from my advantage of having played Dungeons & Dragons before, which has lent me a cursory knowledge of some of the elements involved in the story.)

Now, R.A. Salvatore happens to be one of my wife's favorite authors. (A fact that has no impact on my early inclusion of Salvatore's books and was certainly not encouraged by any manner of repeated pestering to read books by said author.) And as I mentioned previously, Salvatore has over a dozen books to his name, and my wife happens to own most of them. That fact made broaching his brand of the Forgotten Realm universe a bit overwhelming. I mean the man has multiple trilogies, a quartet, and even a quintet series. Where do you begin? Do you start in order of release? Or perhaps in chronological order? Do you start with the most popular series first and then branch out? These are important decisions here, as any avid book reader knows.

Almost inevitably I decided to go with RA Salvatore's most popular series, which also happens to be one of his earlier works. Also it saved me the trouble of having to look up chronological info. The book I chose to start with, Homeland, is almost as old as I am. According to the publishing info the story was first printed in 1980, although my copy was printed in 1990, and I have to say the book certainly looks it. Homeland is a well-worn, oft-read paperback. Just inside the cover is a note scribbled in ball point pen from my wife's middle school teacher, Mr.Berlin, to whom the book originally belonged. Outside, the cover is fading and abraded, the spine is worn, and sometimes while reading glorious wafts of old paper sometimes find their way to nose. It reminds me of school libraries and used book stores, in the best ways. This book was not worn down by neglect, but by repeated use. I feel this is something I need to mention before I move on, as one day everything may be electronic. The tactile pleasures of the book aside, I have been assured, in multiple ways, that the story within is well worth my time.

Homeland contains the origin of one of fantasy's most well-known characters and, now, cliches. The story follows the unusual circumstances of a boy with a name that could stand to lose a "Z" or two in favor of an extra vowel, one Drizzt Do'Urden.  Drizzt happens to be a member of a dark-skinned, subterranean elvish race called the Drow who have a penchant for names that sound like someone trying to recite the dictionary while being strangled. (For example: Daermon N'a'shezbaernon, which is actually used more than once in the story.) Now, since I'm not overly fond of summarizing I will cover a few important details before I dive into the interesting stuff. The first point of note is that the Drow are evil. Yeah, pretty much the whole race, but I'll touch on that a little more a little later. Also of note is that Drizzt is very skilled from a young age, notably not as evil as his brethren, and wields two scimitars. Although now that I've written that stuff about Drizzt I'm not actually sure if it will come up, but it's good general knowledge to have about him.

Now, admittedly, before I started reading Homeland I wasn't sure that I'd be very interested in the story, but the setting really pulled me in even if the start of the book was a little confusing. The Drow, being a subterranean race, happen to live underground. Surprise surprise. However, they don't live underground in the usual sense. Imagine a hollow, a cavern, beneath the Earth so large that it houses a city of thousands. That's where the Drow live. It took me some time to wrap my brain around an underground space that large, but once I did the world grew steadily more intriguing. The Drow, spending most of their time in complete darknes, have extra sensitive vision that can operate on very low levels of light. However, the Drow can also see into the infrared spectrum which allows them to operate even in complete darkness. In order to provide some measure of time in their society they have also erected a tower that sheds magical light over the whole of their underground cavern known as the Underdark. (I love how pretty much everything else is spelled as if dictated by someone choking on a pretzel, but the name of the Drow area is simply known as "The Underdark".) The tower provides a vague approximation of surface light, as the light source even travels up and down the tower simulating different angles of light.  It's quite fascinating to discover and learn more about the facets of Drow society and how they function living in perpetual dark. Although, I have to wonder why the Drow are so dark-skinned despite living underground. You'd think they'd be incredibly pale, but then again this is a fantasy world.

R.A. Salvatore has outdone himself in creating a mysterious and well-thought-out world for his characters to inhabit. Although I feel obligated to point out that much of this may have been borrowed and planned out long before R.A. Salvatore ever started this book since, as I mentioned before, the Forgotten Realms world was originally created for Dungeons & Dragons campaigns. Still, it takes a great amount care and attention to detail to tactfully present such an extraordinarily different world. R.A. Salvatore doesn't simply exposit all the important details wherever it's convenient, he includes the relevant information organically as the story progresses. That's how information should be presented whenever possible. That's just good writing. 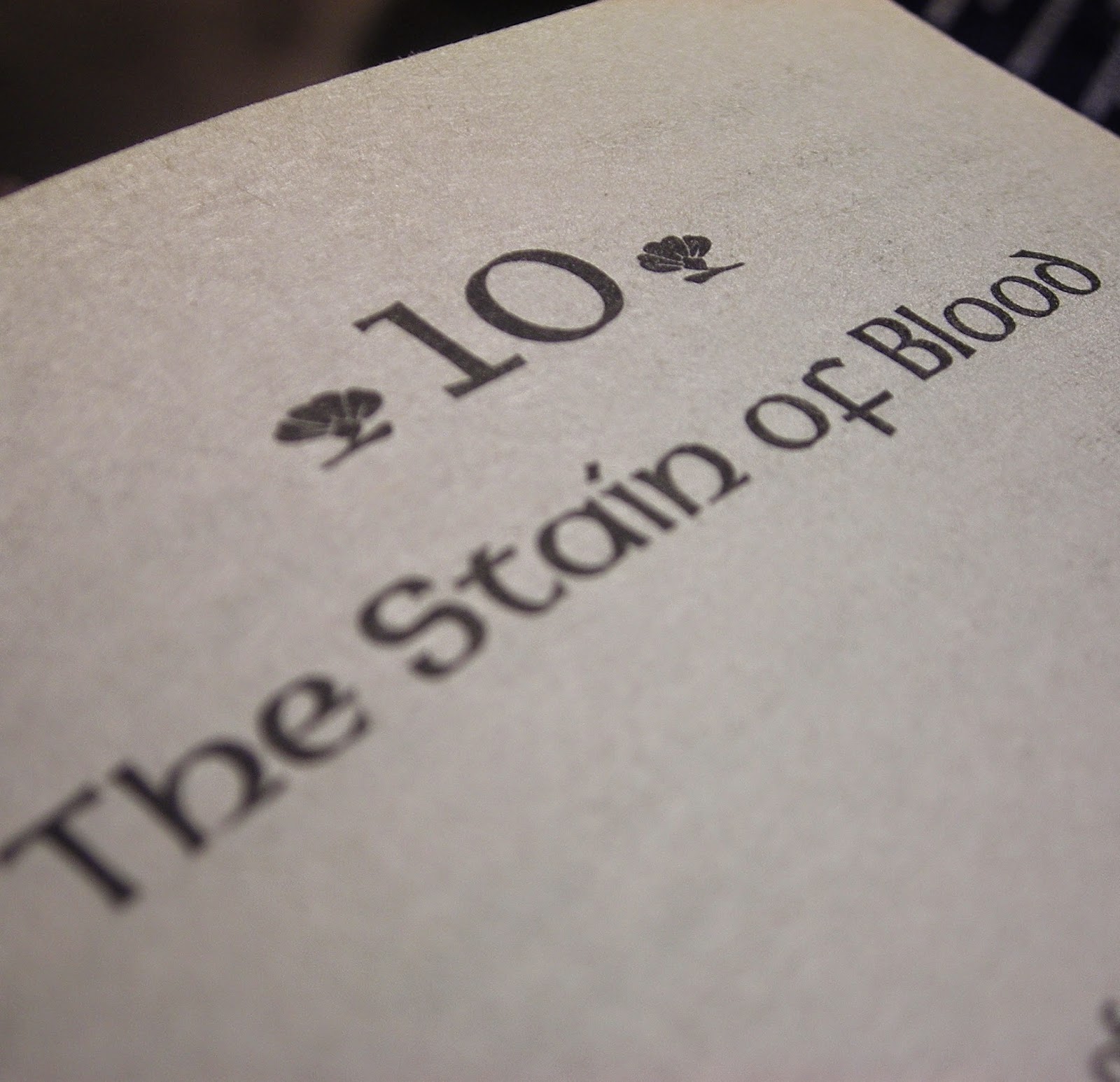 As the Drow people, as I mentioned before, they're evil. However, putting it that way is something of a cop-out, it's actually much more complex than that. I would be much more accurate in claiming that the Drow society lacks compassion. Not that they aren't capable of it; rather, the society views compassion as a weakness. Now, this is quite interesting because, especially these days you don't tend to see entire races portrayed as being evil. However, this isn't the twisted sadistic madness of a psychopath embodied in a race. Instead the Drow race is a simile of our own society, of humanity, but corrupted to the core. The society is one in which it is culturally acceptable to ignore the suffering of others and which condones treachery and deceit on the grounds that you don't get caught.

Drow society strikes me as very Ayn-Rand-esque dystopia, fueled by a tainted form of rational self-interest. That is to say that the entirety of Drow society revolves around individual self-interest. If you can get away with something then the deed is considered acceptable, even respectable in some cases. However, a mockery of a justice system exists to punish those foolish enough to get caught. In short, it's a lot like modern capitalism. Not everyone is out to kill each other, that wouldn't be in their best interest, and in-fact, competition can even be beneficial. The entire heap of nobles at the top of the Drow society are constantly lying, murdering, scheming, betraying, and maneuvering for better positions without a care to the detriment of others (so long as it doesn't affect them). And this is all perfectly acceptable and ingrained into their children from a young age. Yet R.A. Salvatore makes it quite clear, especially in the case of Drizzt, that this is not an inescapable trait of their race, but rather a mindset, a perverse societal value that is so entrenched that it presents as an inescapable fact of life.

The truly disturbing thing about Drow society is that each section of it mirrors some historically significant societal value from reality. Drow society is an imaginary amalgamation of some of the worse portions of our own history thrown together. Which is why it's kind of scary, because it would't take an extreme stretch of the imagination for a real society to embody an approximation of Drow society. Hell, my jab at modern capitalism really isn't that far from being a living embodiment of Drow societal philosophy. The inescapable nature of the cultural values suggest an endless cycle of reinforcement, which is precisely why Drizzt makes for such an interesting character. The Drow, rooted in tradition and capable of living for close to a millennium, live in a society that changes far more slowly than our own. Drizzt is a character who opposes this blind adherence to the established values and defies the corrupt nature of his people in his adherence to compassion. I don't want to jump the gun on what Drizzt will or will not do since I'm only about halfway through the book, but it's easy to see why Drizzt is such a like-able character. In a society full of, in essence, evil ass-holes Drizzt is a pillar of moral virtue struggling to hold on to his beliefs despite overwhelming odds.

Well, before I get too far ahead of myself I think I'll wrap this up. Since Homeland is the first in a trilogy I'm sure we will be hearing a lot more about the Drow in the future, and about Drizzt too. Speaking of which, now that I've established some of the world that Drizzt lives in hopefully I will be able to discuss Drizzt a little more next time. In particular, for those of you who are unfamiliar, I'm thinking I might dip into Drizzt's popularity as a character in popular (geek) culture.

I'd also just like to mention that, although I slip in a lot of jokes about R.A. Salvatore's book I'm really enjoying it thus far. Unlike other genres I have a little more familiarity with this particular brand of fantasy fiction so I feel a little more comfortable in slipping in a few lame jokes here and there. On that same note, although I make fun of the Drow names for looking like someone spilled a box of letters onto a page, many of the names are actually quite pronounceable with just a touch of creativity. For example, taking "Daermon N'a'shezbaernon" as "Dare-mahn Nah-shay-bare-nahn" suddenly makes it pronounceable. Pronounce it with a vaguely Spanish accent and voila, you're speaking Drowish!

Posted by fatalerrer at 3:53 PM